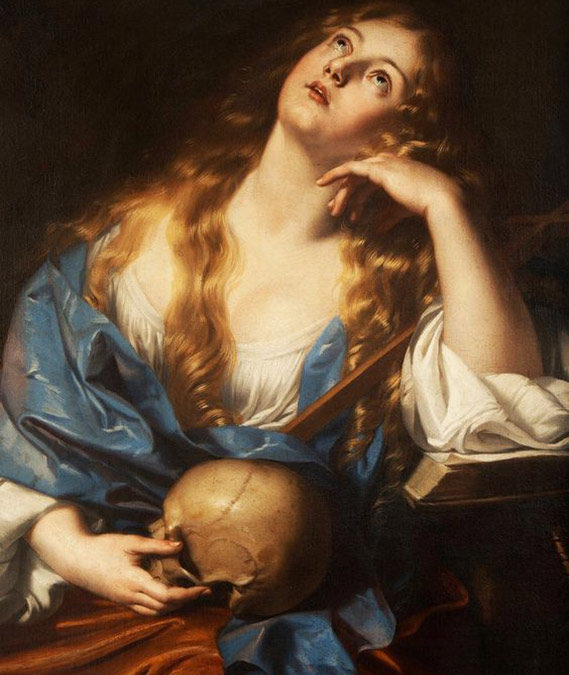 To be honest this disturbs me to my core. I have been raised Catholic and struggle with the way women have been treated by men and by the church. In my understanding this started when Mary Magdalene’s role was demoralized leaving people’s understanding of her as prostitute. I find it disturbing that Mary Magdalene has been viewed in such a negative light. Recently they found gospels indicating a very different woman. A woman that was very close to Jesus and supported his mission.

In 1945 a peasant in Egypt made a discovery finding 13 ancient Christian books called the Nag Hamaddi texts. The gospel of Thomas depicts a resentment and tension brewing between Peter and Mary. Peter yelling at Mary saying women are not worthy of life that she is not worthy of a spiritual life. Back then unfortunately women were not worthy of learning the Torah.

In 1896 a scholar purchases an ancient text which was revealed to be the gospel of Mary. In this gospel Mary is a speaker, teacher, revealer, and speaks with authority and it troubles the other disciples. The gospel of Mary suggests that Mary’s relationship is resented by Peter and an argument breaks out. This is clearly a fight for supremacy over who will properly carry on Jesus’s teachings. At the end of the gospel it does depict Mary as a leader in the church and points out a possible dispute over the role of women in the early church. Unfortunately, over time we see women being pushed from every central role in the church becoming more marginalized.

We have been viewing Mary Magdalene in the wrong light based on myth. What we do know is that Mary Magdalene had a deep spiritual connection to Jesus and carried out his mission and proclaimed it. She was the first Christian, she was the church. Subordination does not work, it connotes such a negative power driven message of authority. Serving one another as you serve the Lord is the most important thing you can do in this life. Women should not be put down, demoralized, marginalized, disrespected, and treated unfairly because they are of a different sex. Equal opportunity should be for all which would put an end to the discrimination of people based on race, color, religion, national origin, sex, and marital.

Mary Magdalene was the first person to witness the resurrection. In my opinion she is of immense importance to Christianity. Let’s stop demoralizing her and make a conscious effort at seeing how crucial and significant her role was in establishing Christianity.